How does a civil lawsuit actually work in Los Angeles? 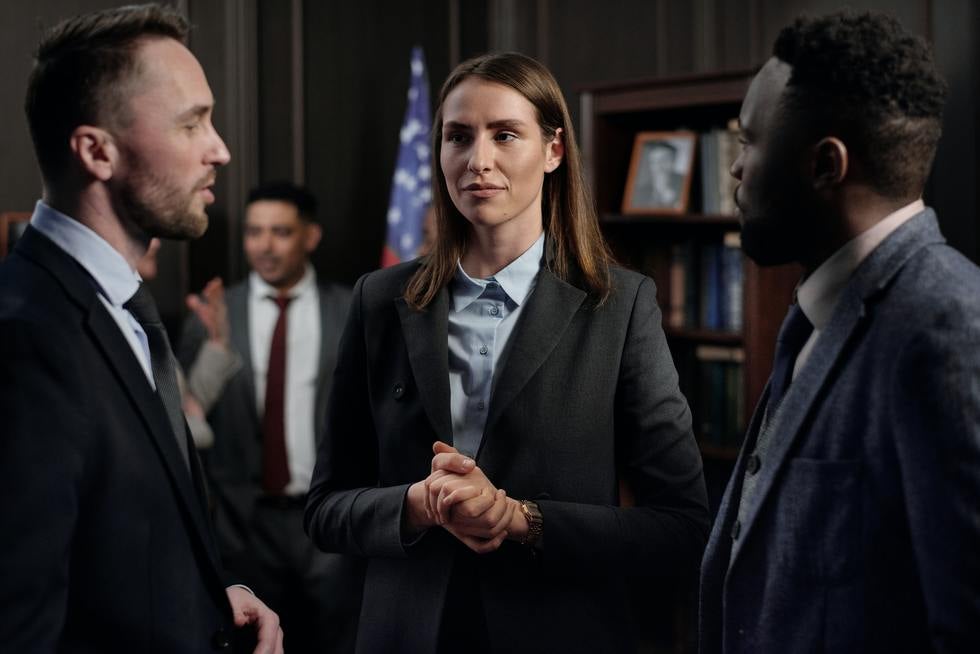 How does a Civil Lawsuit Actually Work in Los Angeles?

In this article, we will help you understand how a civil lawsuit actually works. This can save you time, money, and protect your mental health simply by understanding the journey ahead and how to protect your legal rights.

No one wants to go to trial

The purpose of a civil lawsuit is to compensate victims for their suffered losses at the hands of another, such as a person, group, company, or government. The recompense is generally paid from the defendant to the plaintiff. The typical breakdown of a civil lawsuit can look like this:

While this may be the basic structure of a civil lawsuit, it does not always unfold in this simple, direct, and easy to grasp schedule.

In reality, most cases settle long before they reach trial. Trial is a long, expensive, and demanding experience with most parties hoping to figure out a solution before the argument ever reaches the inside of the courtroom.

What are Pleadings and How do they Work?

Pleadings are the initial formal written documents within the framework of the civil lawsuit. They explain the dispute from each side's perspective and most often become part of the public record. They can often look like a complaint followed by an answer.

What is a Complaint?

What is an Answer?

The answer works as the defense's response to the plaintiff's complaint. It tries to disprove the complaint through the details of the event(s) in question, outline inaccuracies, point out any falsehoods, or even give the defendant the chance for a counter-claim on how the plaintiff caused harm to the defendant.

What is the Discovery in a Civil Lawsuit?

Discovery can be considered case preparation. You wouldn't jump into an exam without studying, nor would you start a trial without doing your homework. Preparation is key to any successful litigation and the discovery is when both parties gather relevant information from each other, as well as outside sources.

Outside sources that can help a discovery include:

Discovery is typically the longest part of the lawsuit process. It takes time to do the research and gather appropriate information based on the facts and issues in each case. It also takes time for attorneys to share information, send documents, request admissions from different parties or the judge, and obtain depositions.

Reference: Rules for Any Deposition in Los Angeles
What do Motions in a Civil Lawsuit do?

A motion during the civil lawsuit is specifically a written request to the judge asking for a ruling on a particular issue within the context of the case. They can be a procedural tool that sets the rules for the trial or be used to dismiss aspects of the case, or even throw out the case entirely.

I most civil cases, the motion is the most typical manner in which you interact with the judge, whether in regards to a motion your lawyer or the opposition has written.

How does a Civil Trial Work?

The purpose of the trial is for both parties to present their evidence in support of their respective arguments.

Trials can be exciting but are usually very different than what you see in movies or television shows. There is not often explosive evidence or a witness ready to blow open the entire case. Instead, the trial follows a “brief,” an outline of arguments and evidence the different sides will use, which is handed to the judge before the trial begins.

Another difference between civil lawsuits in reality versus in film, is that the trial may not have a jury and could be argued only in front of the judge.

During the trial, both parties can call witnesses, introduce evidence and exhibits in support of their arguments, and cross-examine witnesses called by the opposite party. After closing arguments, the parties wait for a judgment based on the law applied to the evidence.

How long a civil trial takes really depends on the case itself. Many factors go into the length of a trial but normally, the trial once in the court takes a few days. However, the Myra Clark Gaines litigation infamously took more than 50 years but this is the longest recorded case in the history of the United States.

What is an Appeal?

An appeal is the last step of a possible civil lawsuit and can occur when the losing party does not agree with the trial result. Contrary to popular opinion, an appeal does not reargue the trial.

An appeals court generally looks at the arguments of the trial looking for errors in legality made during the proceedings leading up to or during the trial. After review, the appellate court will affirm the verdict or find an error. If the latter happens, they can reverse the verdict of the lower court or order a new trial.

If you need help filing a claim, understanding California law, or simply need more information on a deposition, contactI.Donald Weissmantoday.

For over 45 years, I.Donald Weissman has pursued justice on his clients' behalf. He appreciates the opportunity to represent you as a guide through the complex framework of the legal system.

It’s good to know that civil trials work for both parties to present their evidence in court. My husband wants to go to court to get compensated for the damage our neighbor caused. He was angry at us and ended up vandalizing our home. https://www.bbllaw.com/practice-areas/

It’s definitely important to see both sides of an argument, otherwise the justice system wouldn’t work. But in certain situations, one party may carry the weight of proving their case more than the other. In the case of vandalism, it can definitely depend on the situation and evidence. You can always contact us if you would like to talk more about your situation and the events that took place.

Thank you for contacting us. We will get back to you shortly.

Please complete all required fields below.

Free consultations are available and we'll gladly discuss your case with you at your convenience. Contact us today to schedule an appointment.